Would you believe it is only year ago this week when the bailout crash happened? It was followed in the first week of October by Iceland being the first casualty of the global economic crash. It has been a long year. Now we have this: "Witold "Vic" Walczak, legal director of the ACLU of Pennsylvania said, "In a week when we need freedom of speech more than ever, free speech died in Pittsburgh this week." Witness:


This video shows a Pittsburgh G20 Protester being arrested by Military troops on US soil and placed into an unmarked car in front of other demonstrators. I believe that this is a very clear violation of the Posse Comitatus where it states we are not to use our troops against our own citizens. Oops. 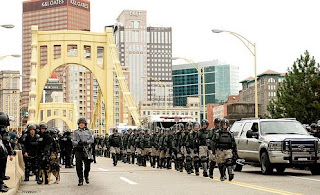 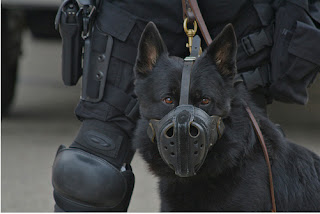 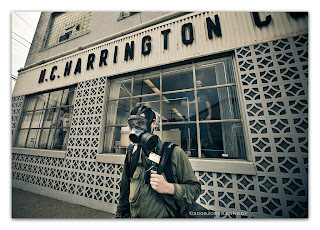 Nate B
Posted by Elizabeth Prata at 6:03 PM

I love that song Amerika by Rammstein.

Thanks! I loved the setting of that video, very creative

I do weep and mourn the loss of our once great nation, a nation that did so much good, and helped so many, and is now only a smoldering pile of debt.