We had a jog-a-thon at our elementary school on Friday. I work with kindergarteners so that was the group I went outside with.

The kinder kids find sponsors, and on the designated day they bring back their sheets and run laps around the field. As they pass the tent, volunteers put a hash mark on their tag that is affixed to their back to keep track of how many laps they had run. My job was to stand at the corner cone and make sure no one cut corners across the field. You'd be surprised how many want to do that, lol.

After the first lap all the kids were huffing. Honestly, kids today don't go play outside and run around the neighborhood, running and biking in between all the houses, playing in the brook, and picking at the dump, like we used to 40 years ago. In my day, we'd leave in the morning, our mothers shouting "be home by dark!", and off we would go, on bikes or feet. Nowadays, for obvious reasons, kids are confined to their yards and frankly most of them just stay inside and play video games.

So they were huffing for sure. But after the second lap they all were getting into the competitive aspect, competing with themselves to see how many laps they could do. They'd proudly shout "I did 5!" or "I'm on 7!"

Some kids who I only see all day sitting at a little table and doing alphabet papers in class, really shone with their running. One girl was so thrilled. She shouted as she passed by, "I love running! It's my favorite thing! But I love climbing the tree too!" The tree, lol.

Many of the girls ran hand-in-hand, and that was the sweetest thing! One gal likes to wear wedding type dresses and Easter to dresses to school. She has long flowing black hair and black round eyes. She and another girl were running hand in hand, the girl's hair looking like a model's in the wind machine blowing all around her because she was going so fast, her little satin sash on her flowered dress wafting out behind, her hands clasped tightly together with her friend's and both were smiling. How sweet!!

Of course there were pairs of boys competing with each other, running full blast with tongues hanging out, feet pounding the grass as they rounded the cone, looking back to see where the other boy was. Is he gaining? Am I ahead? Boys!

If I closed my eyes, and just listened and felt the air, I enjoyed the soft spring air on my skin, the birds overhead, and the sound of children running and laughing in the sun. Not a bad way to end a workweek.
Posted by Elizabeth Prata at 9:42 PM 2 comments: Links to this post

Email ThisBlogThis!Share to TwitterShare to FacebookShare to Pinterest
Labels: kids

Flowers of all kinds

I learned this week that the tall, blue flowers in the field next door are cornflowers. I loved their neon blue color and the star-like shape. When I pick a bunch and put them on my windowsill, their blue color stands out against the white kitchen window curtain. 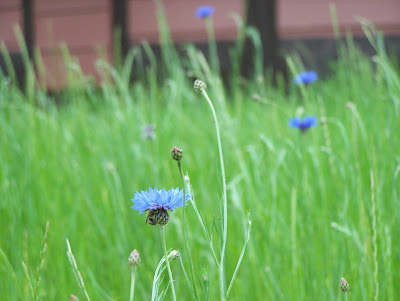 I love flowers. They figure prominently in my photography and in my life. For example, the lupines of Maine, remind me of the tangy northern Atlantic ocean air and the quiet streets with occasional moose. 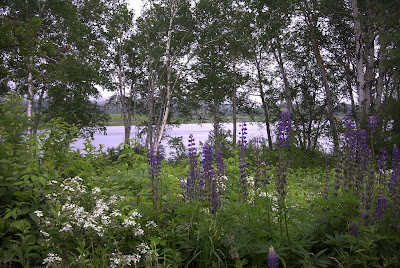 The morning glory is a radiant flower, delicate, and present in the world without being aggressive about it. 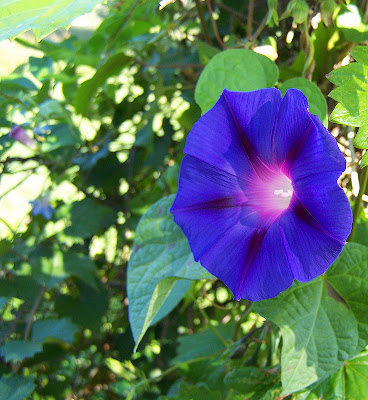 The sunflower, rose, magnolia and poppy are totally aggressive about their presence, declaring it boldly and standing their ground like flower warriors, lol. 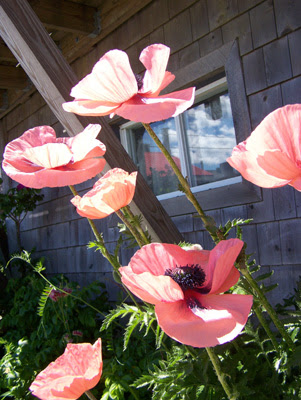 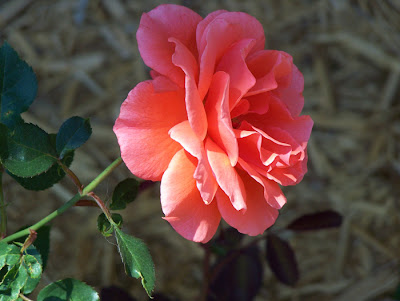 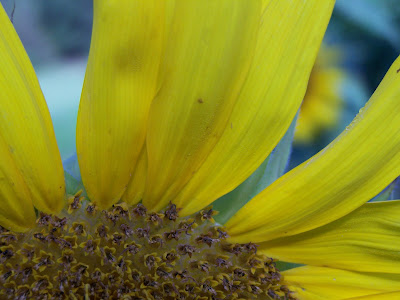 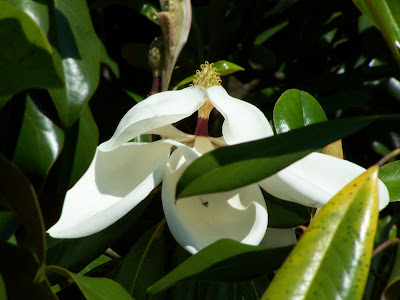 But no matter how large or how small, how delicate or how strong, all flowers are so beautiful. They are like God had sprinkled diamonds all along the world and when you stumble over one, you go "Oh! How wonderful, this gorgeous jewel!"
Posted by Elizabeth Prata at 8:25 AM No comments: Links to this post 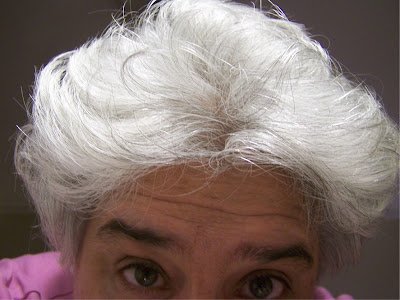 Posted by Elizabeth Prata at 9:33 PM 3 comments: Links to this post

How to relax on a budget

But a gal's gotta relax, too, you know?

Yesterday when I got home from school I was tense. It had been a rough week with the necessity of giving a state-mandated test. This freaks out the kids and stresses the teachers and proctors. Even the kids who didn't have to take the test had to pass silently in the hallways and have quiet lunches. But we got through it and Friday after the storms passed by, by the time I got home it was cool and refreshed. I went out into  the yard, not minding my sneakers getting wet, and spent some time in the fresh air and the cool grass. I picked a bunch of flowers and loved every minute of it.

All it takes to relax on a budget is a bit of creativity and prayerful contentment. For example-


Yard and field, lots of flowers for the picking! 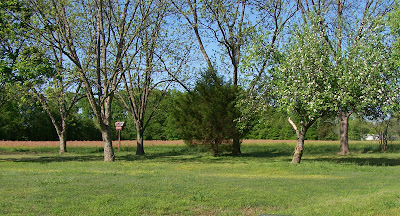 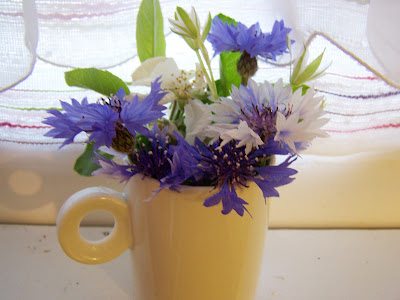 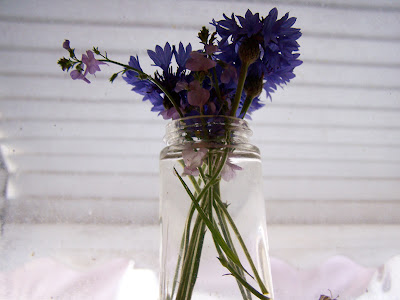 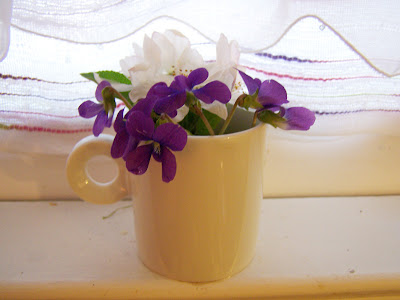 Alternately, if you haven't bought yourself any clothes for over a year, you might stop at a yard sale and buy a few tee shirts for a dollar and then relax in one of them. 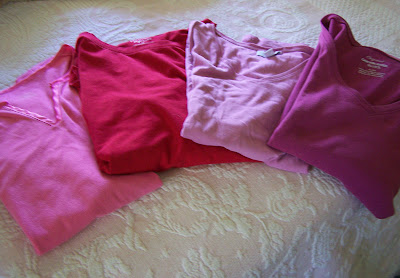 Maybe you found some beat up old paperbacks at a yard sale or a library sale, for a quarter and bought one or two or three. 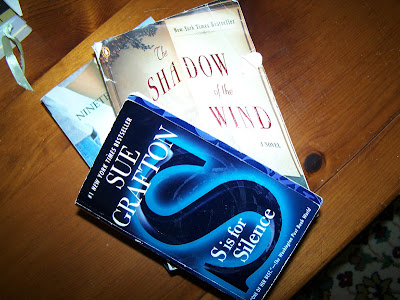 But wait, there's more! The most relaxing thing is to sit in the sun, listen to the birds, and read those books in a comfy chair, like this one, 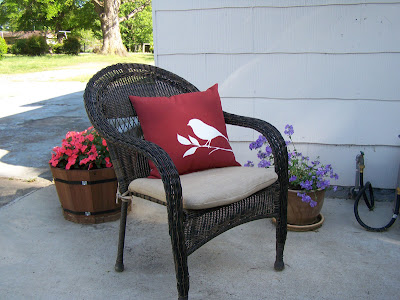 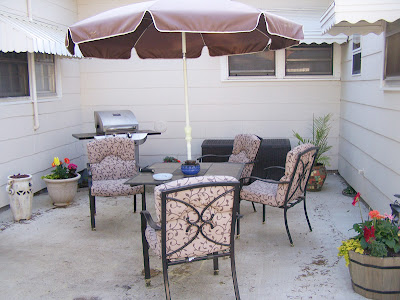 Watch out, though, the sun may make you sleepy. You can always take a relaxing nap! I confess, I learned how to relax from... 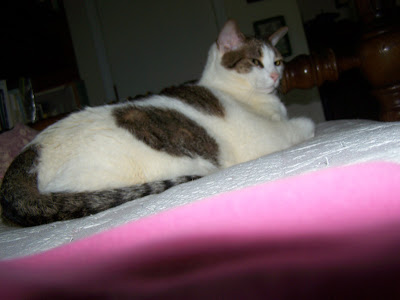 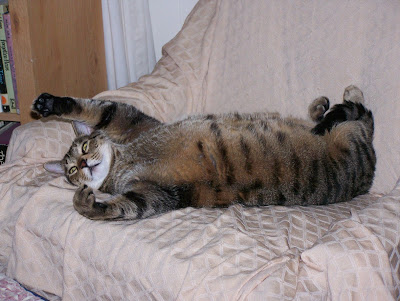 Have a relaxing weekend, everyone :)
Posted by Elizabeth Prata at 6:18 PM No comments: Links to this post

I though I had other photos of butterflies, than just these three. I spent time last night looking at all my photos on my laptop. Many of the photos show scenes that are very beautiful. We live in a gorgeous world! This one is a Mammoth Moth, wingspan of 5 inches! 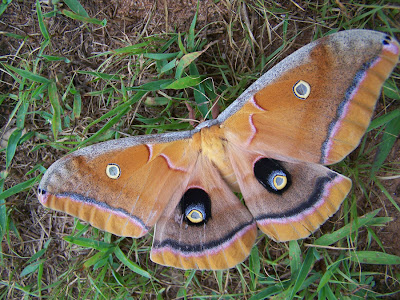 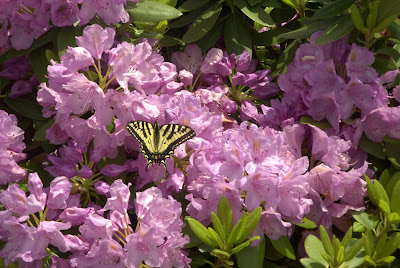 Posted by Elizabeth Prata at 5:57 PM No comments: Links to this post

I dread this aspect of spring. Tornadoes. We are supposed to catch the line that is hurtling east through the midwest and south.  They are supposed to hit us here in GA later tonight. I am going to post some bird photos while I can and hope that the power stays on long enough for me to watch Person of Interest later tonight..

We had a mini rumble of a storm earlier and though it lasted a short time, it cleared off the humidity and the hot air admirably. The birds came out in force after that. I went outside and took some photos in the yard.


Bird alighting from my chimney 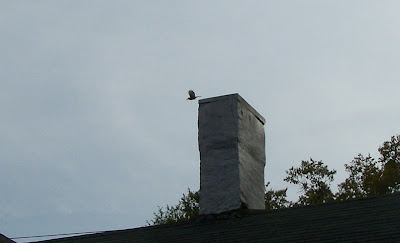 Bird hanging out near the plant pot 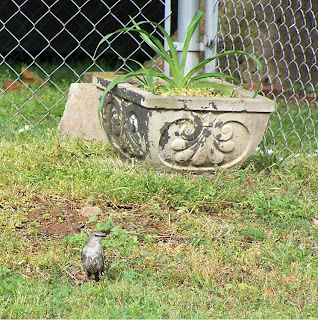 Bird cawing on the fence 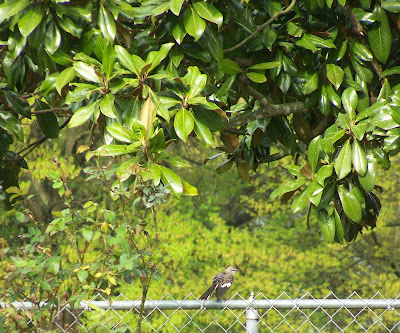 Cammo bird. Do you see him on the lawn? 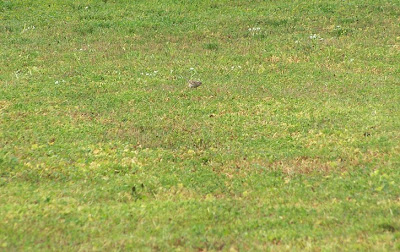 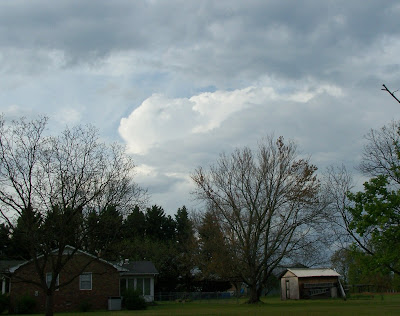 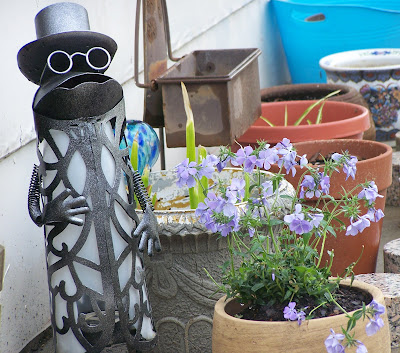 Posted by Elizabeth Prata at 6:58 PM No comments: Links to this post

Email ThisBlogThis!Share to TwitterShare to FacebookShare to Pinterest
Labels: birds

I'm four work days into my week off. Of course I love it! I've had a relaxing time so far. Even the weather has cooperated. The first few days were sunny and warm, int he 70s. And today is cool and rainy and in the 40s, just perfect for cozying up or making roasted vegetables.

I hear the bird under the air conditioner in the sill going and coming with food. Whenever she comes back, she lands on the AC which makes a small scratching sound with her claws on the metal. The baby birds nestled underneath it pipe up and make tiny tweets. This arouses the cats, who run from wherever they are (including my lap) and hurl themselves on the table in front of the AC to catch a glimpse of this tantalizingly close but eternally distant prey. Rinse. Repeat. LOL.

I watched Slumdog Millionaire last night on Youtube. Why not watch on Netflix, you may ask. Because NEtflix is LAME and never streams the movies I want to see. AARRGGHH!! I am getting plenty sick of seeing the phrase "Unavailable to stream" in the search results box.

It was an excellent movie which I liked very much. An 18 year old in Mumbai wins big on "Who Wants to be a Millionaire?" the Indian version. But before he is asked the final question for 20 Million rupees, when they cut to a break, he is arrested on suspicion for cheating. Authorities cannot believe that a slumdog of lowest class, orphaned and with no education, could possibly know the answers to the increasingly difficult questions. His story to the police in the interrogation room (no Miranda in India, but plenty of blood on the floor) reveals through the various events in his life how he happened to know the answers. His story is compelling, told with heartbreaking honesty. Eventually the policeman understands that the boy is honest, lets him go, to return to the studio the next day to answer the final question for all the treasure.

It is a hard movie to watch, seeing the extreme poverty of the slums and how the orphaned children fend for themselves. I have no doubt it was true to life. But for all its grittiness it is a beautiful movie to watch cinematically and also emotionally. I even liked the music.

I also watched Turner Classic's Young Tom Edison and Tom Edison the Man, made by the same producers, to make a bookended account of America's most famous inventor. As a side note, these two movies also were on Youtube and NOT NETFLIX. Both of them came out in 1940, featuring Mickey Rooney in the younger and Spencer Tracy as the man. I mentioned that the producers were the same because I remember the names. The producer is Considine, which was a name that my parents used to mention a lot. And who can forget the name of the associate producer, "Orville D. Dull"?

Orville used to be a common name at the turn of the last century, and how unfortunate is Dull? Trying to increase its stature with the D only makes it worse, because it points right back to the D in Dull. Oh well, I'm glad at least he had obtained good work in the Depression.

I finished Willa Cather's "O, Pioneers," a towering work of immigrants in the midwest during the 1800s. For all its towering scope, it is a short book, which means the writing was concise and also very, very good. I started Normal Lewis's Jackdaw Cake, his autobiography from eccentric boyhood in Wales to world-renowned travel writer. The eccentricity of his aunts and their life together in a crumbling Welsh mansion in the early parts of the book are so well recounted that it's slightly icky to read it. But then there is a sentence like this:

"Here the Towy finally unwound itself into the sea, its estuary enclosed in a great silken spread of sand occupying a third of the horizon, to which our century had added not a single detail but the bones of two foundered ships in the process of digestion by mud."

It's writing like that which helps me get over the eccentric ickiness of the aunts and keep plowing through. Eventually the kid has to go away to school, and I bet it smooths out from there.

The rain is pelting and the skies are gray but all is warm and well-lit inside the apartment, And, except for the rain on the metal awnings, it is quiet. Just how I like it.

Posted by Elizabeth Prata at 9:25 AM 2 comments: Links to this post