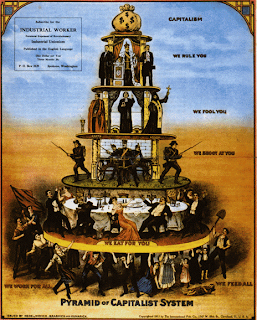 A secular economist I read, wrote this week; “I can’t tell you the exact moment I lost faith in the system, but I decided to equip myself with the tools necessary to survive whatever politics and history throw at me next.”

That sounds exactly like something King Ahaz could have said 1300 years ago, when times got tough and Ahaz turned from God and initiated an alliance with Assyria instead. Ahaz insisted on maintaining his faith in political alliances instead of standing firm in God’s revealed truth to him through prophet Isaiah. (2 Kings 16:7-8, Isaiah 7:3).

The economist uses the word “faith” so casually. He has faith, but it is misplaced. He looks for something to put his faith in. For him, it is “the system.” For Ahaz, it was other nations. Misplaced faith always has devastating consequences.

What is behind misplaced faith? Fear. The economist guy is fearful of the things coming on the earth. So he has decided to rely upon his own self and sell survival kits, switching his misplaced faith from ‘the system’ to kits.

Fear is a powerful emotion. It blinds us. It shifts our focus. It chips away at our faith. It stops us from acting on God’s revealed truth. It paralyzed Ahaz. Even when God Himself offered to give Ahaz a sign, Ahaz still refused!

We all fear. Acting on God’s revealed truth is scary. Even soldiers who win bravery medals from terrible battles are fearful of action. Winston Churchill said, “Why, you take the most gallant sailor, the most intrepid airman, the most audacious soldier, put them together at a table, and what do you get? The sum of their fears.” Yet they act. 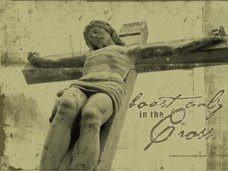 We Christians are soldiers. We go into battle every day with unseen forces. When we act on God’s revealed truth we strike a devastating blow to the enemy. If we were to take the most gallant teacher, the most intrepid missionary, the most audacious preacher, and put them together at a table, what would we get? The sum of their fears.

Ahaz was paralyzed by his fears to the point of (mis)placing faith in his wrong action, with devastating consequences. Faith is not in ‘the system’, faith is not in survival kits, faith is not in political alliances. Whether times are good or bad, God still reveals truth to us and urges us to act. Admittedly, in today’s times of distress, it is harder to act, to step out in faith. We can have a healthy respect for our fears, but I call upon my brothers and sisters to look through them to the one true God. He is the One whom we can and must properly place our faith. Isaiah said to Ahaz, “If you do not stand firm in your faith, then you will not stand at all.” (Is 7:9b). When the Lord returns, let Him find us standing.
Posted by Elizabeth Prata at 2:49 PM