Lest I be accused of click baiting you, here is the situation to which I refer in the title: 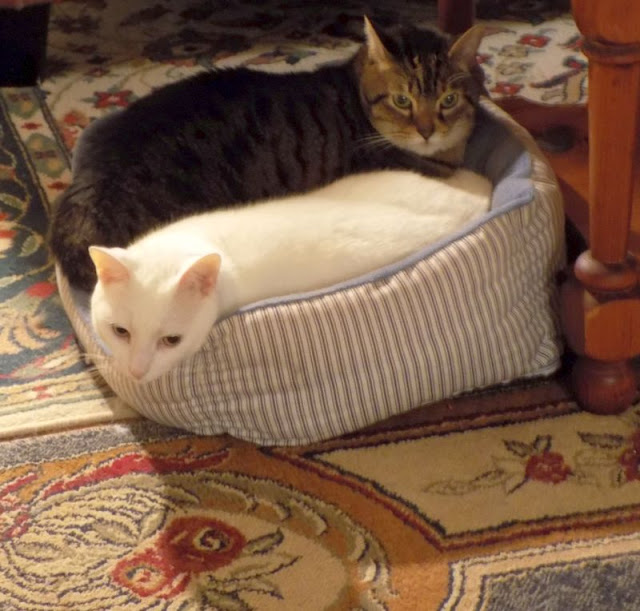 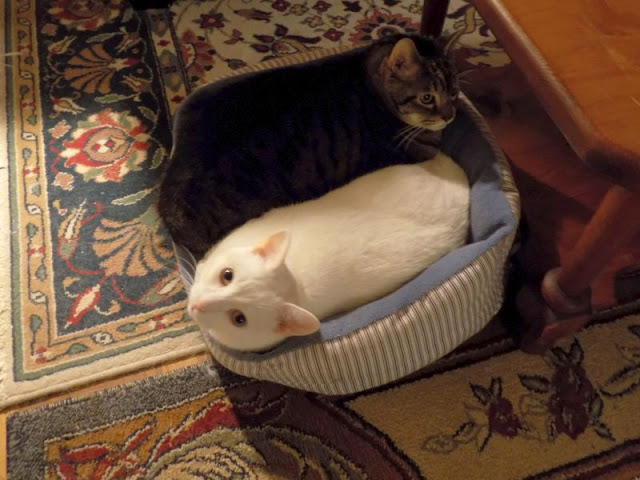 My two cats are Bert, the darker one who's a tiger, and Murray, the white one. Bert is 12 years old, Murray is 4. When I introduced Murray to the household (at the time I had two cats, Murray was the 3rd), it went well. No one fought. Murray, being the stray from outside, never really merged fully with the other two, who were rescued together as litter mates (not brothers) since 8 weeks old. But they got along.

Luke passed away three years ago. Sadly Murray had coronavirus, which is extremely infectious with other cats, and eventually turns to Feline Infectious Peritonitis, which is fatal. Now, with just Bert and Murray in the house, Murray has still been kind but a bit standoffish.

During the day I have a cat bed on the table near me which Murray likes to leap into and watch me as I type. Bert does not leap. He likes the floor. So his bed is at my feet in the summer, and in front of the fire in the winter.

I got up last night to turn out the lights and lock the door for bed, and I turn and see this sight. Murray and Bert together in Bert's bed. Well, then.

It finally stopped raining and I have the front door open to let in light and a little fresh air. I was watching Instant Hotel on Netflix (a type of Australian AirBnB show that rates rental properties) and at one property they kept saying how much like an old person's house ti smelled. I dont' know what that smells like no having the sense of smell, but I sure don't want my house to smell like that. By the looks on their faces no one liked the odor.

I don't use any products like Ben Gay, just deodorant and toothpaste and occasional shampoo. I cook, but that would be a cooking smell and not an old person smell. I assure you, I do use Fabuloso on my counters (which reportedly smells great) and Lemon Pledge on my wood furniture when I dust. So I dunno. I wish smells weren't a mystery to me, but then again, folks tell e I'm blessed. Maybe I am, at that.

This is January in Maine: 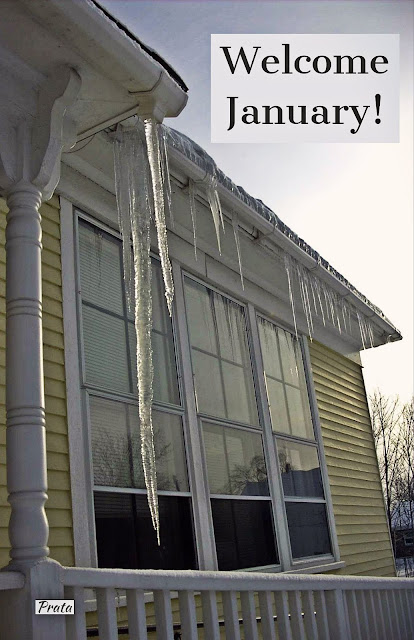 This is January in Georgia: 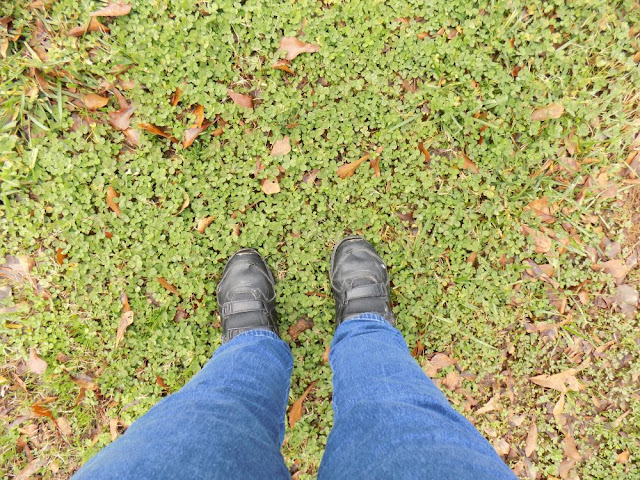 Clover, green grass, no snow boots, no coat. I took a walk down the lane hoping to catch some bird pics. I heard so much birdsong, it made me happy. I'll go to the Cornell ornithology website later to listen to various calls and try and figure out which birds I was hearing. For now, I caught a blue jay, two mourning doves,a woodpecker, and a mockingbird. 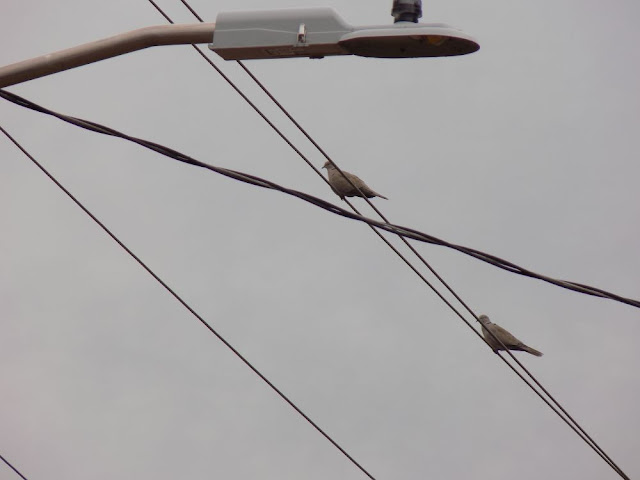 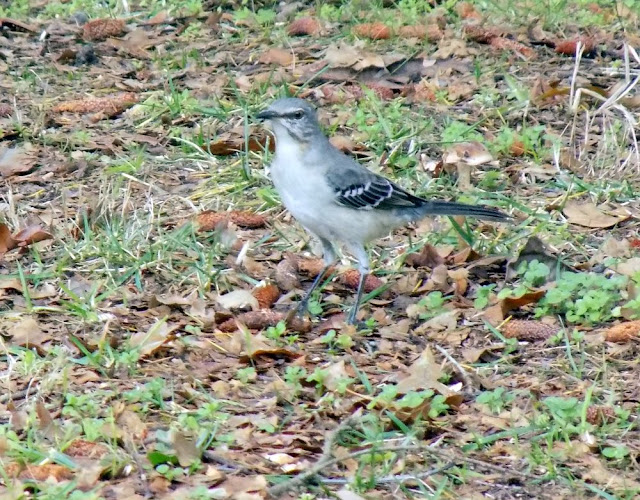 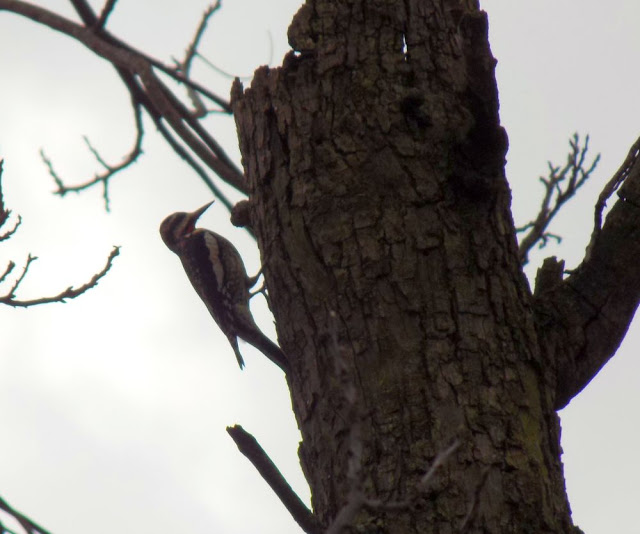 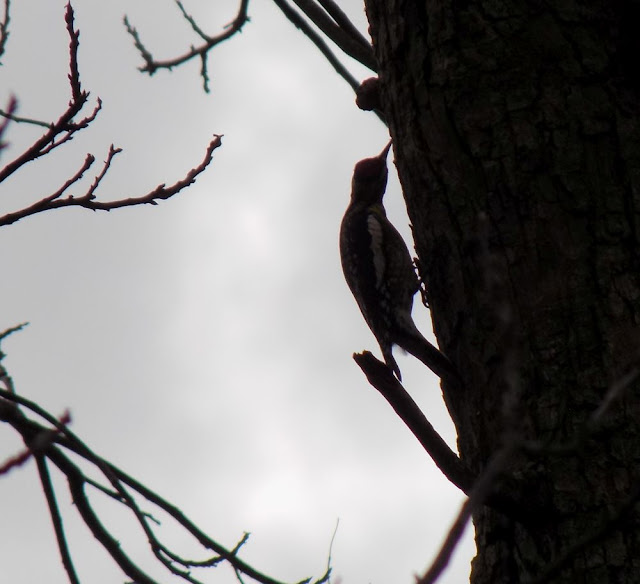 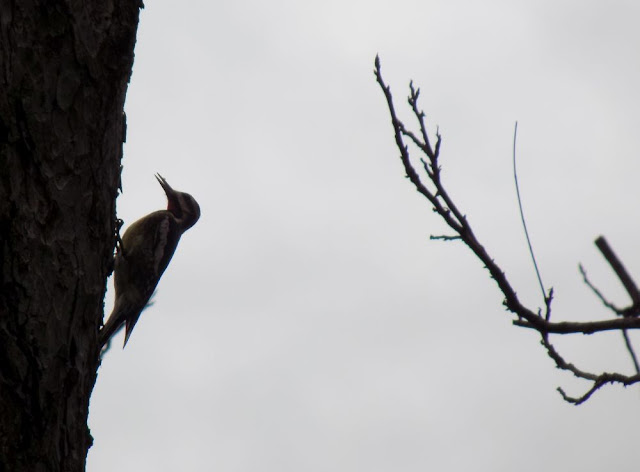 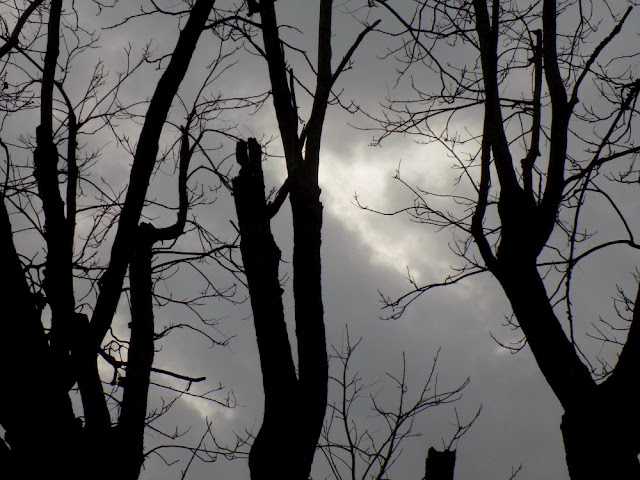 Posted by Elizabeth Prata at 2:25 PM

The picture of Murray looking up at you, cuddled next to Bert, is so sweet! Cats are the best.