Of children and parhelic circles

We saw an incredible parhelic circle today. It was at recess, and the sky was filled with a very bright, white arc with two sundogs at the east and west points.

A parhelic circle is a halo, an optical phenomenon appearing as a horizontal white line on the same altitude as the sun, or occasionally the Moon. If complete, it stretches all around the sky, but more commonly it only appears in sections. Even fractions of parhelic circles are less common than sun dogs and 22° halos. Parhelic circles are rare, and we were blessed to see it. 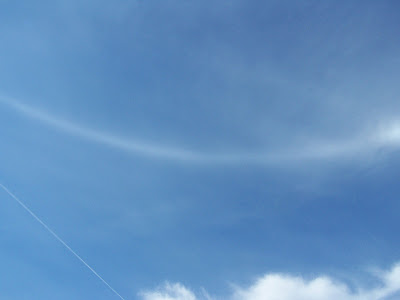 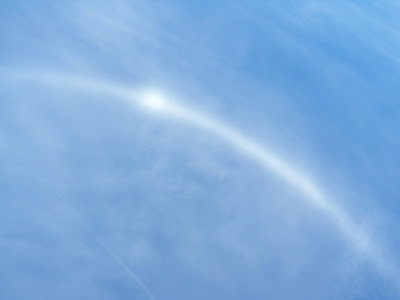 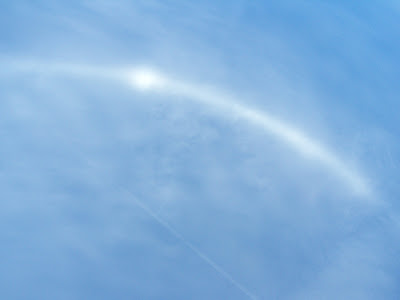 As I was snapping photos and the kids at recess got interested in the circle and the two white blobs on it, they kept asking, "what it is, what is it"? And a boy said matter of factly, "Oh! It is an angel coming down."
Posted by Elizabeth Prata at 9:58 PM