If you like foreign films there are a few coming out of the Scandinavian nations that I've enjoyed so much. 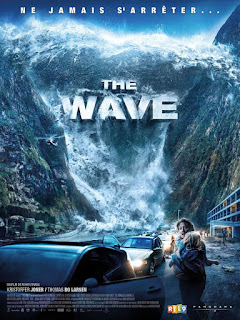 Topping the list for quality production values is Norway's entry to the Academy Awards for best foreign film, The Wave. Rotten Tomatoes Critics Consensus reached 8% approval rating, and the comment: "Well-acted and blessed with a refreshingly humanistic focus, The Wave is a disaster film that makes uncommonly smart use of disaster film clichés."

Based on true information about quakes and fjords and tsunamis in the region, we read


Nestled in Norway's Sunnmøre region, Geiranger is one of the most spectacular tourist draws on the planet. With the mountain Åkerneset overlooking the village - and constantly threatening to collapse into the fjord - it is also a place where cataclysm could strike at any moment. After putting in several years at Geiranger's warning center, geologist Kristian is moving on to a prestigious gig with an oil company. But the very day he's about to drive his family to their new life in the city, Kristian senses something isn't right. The substrata are shifting. No one wants to believe that this could be the big one, especially with tourist season at its peak, but when that mountain begins to crumble, every soul in Geiranger has ten minutes to get to high ground before a tsunami hits, consuming everything in its path.

It was gripping and realistic and tense without being over-the-top ridiculously stressful or gory. The LA Times wrote, "Norway's 'The Wave' shows Hollywood how to make a disaster film with real thrills."

Recommended! On Netflix. In Norwegian with subtitles. In watching it thought about the Alaskan tsunami in the 1960s when a part of the mountain collapsed and the displaced water rushed to shore. It's happened before. It will again, Revelation 6:14. 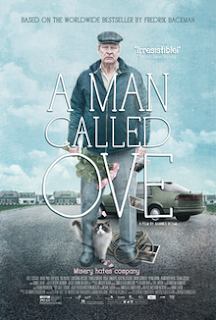 This entry from 2016 is from Sweden-
Rotten Tomatoes' Critics Consensus:


A Man Called Ove's winsome sincerity -- and Rolf Lassgård's affectingly flinty performance in the title role -- keep it from succumbing to excess sentimentality. Stepping from the pages of Fredrik Backman's international best-selling novel, Ove is the quintessential angry old man next door. An isolated retiree with strict principles and a short fuse, who spends his days enforcing block association rules that only he cares about, and visiting his wife's grave, Ove has given up on life. Enter a boisterous young family next door who accidentally flattens Ove's mailbox while moving in and earning his special brand of ire. Yet from this inauspicious beginning an unlikely friendship forms and we come to understand Ove's past happiness and heartbreaks. What emerges is a heartwarming tale of unreliable first impressions and the gentle reminder that life is sweeter when it's shared.

Though religion or faith is not mentioned, what I took from it is how to love people, even the unlovable, and how much of a difference that committed persevering love makes. In Swedish with English subtitles. On Amazon Prime and maybe elsewhere.


On Youtube is a one-hour documentary called Hugo and Rosa, another Swedish movie, this one is a documentary released in 2002. The director Bengt Jägerskog visited aged siblings Hugo and Rosa for ten years, the last ten years of their extraordinarily long life. When we meet, Hugo is nearly 100 and Rosa is 96. 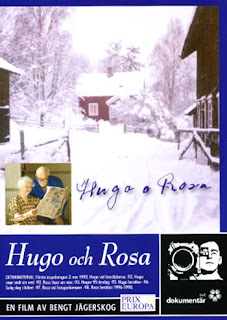 Finlander summarizes the documentary this way-

"Hugo is approaching 100 and his sister Rose is 96. In their little red house in the Swedish countryside they live in the same way as people there lived 100 years ago. "The trick is in staying happy," the always elegant Rosa confides to the filmmakers. In addition to cooking and caring for the household, she also sometimes plays the accordion. And when a sparkling Hugo with his amusing tales is chopping wood and digging in the garden, it appears as if nothing can disturb the idyllic life of the siblings. The march of time, however, is relentless, and after Hugo’s health complications, both find themselves in a retirement home. Even here they do not lose their remarkable optimism about life, their good mood, or their ability to take a humorous and detached view of the ailments associated with their age. A discreet camera follows Rosa and Hugo up to the final climax of their long life’s pilgrimage."

What we discover early in the film is that their unique worldview is due to their faith. From my research, and what I can surmise, they belonged to an evangelical Lutheran church all their lives. Hugo taught Sunday School for many, many years, at one time, his class held 40 students. "It was a lot," he said with a twinkle. Even in their last year of life, an entire service was held by them, with Hugo speaking and Rosa playing the accordion. They sing hymns, look forward to and speak of heaven, and have a placid and rock-solid assurance of reuniting with their Lord, whom they identify as their Lord, and with their 7 other siblings who have passed on before them.

I noticed at the outset, Rosa's face. It was lit from within with calm serenity and joy. As the documentary progresses, the reason for her serene joy is made evident- it's faith. Hugo also. It is a simple documentary, the director allowing the brother and sister speak for themselves, as well as his juxtaposed film shots space to be interpreted by the viewer.

What the documentary made me think of are all the Christians that have lived in obscure corners of the world, planting and marrying and living and dying, and passed on to eternity. I can't wait to meet them. There are so many saved people I will look forward to meeting when we all get there. Hugo and Rosa's life was simple. Hugo was born in 1900 in a simple farmhouse with no running water or electricity, and it stayed that way for almost their entire lives. They got electricity the last months of their lives. For one-hundred years they worked hard, chopped wood, milked cows, shoveled snow, planted fields...and loved it all because they loved the life the Lord gave them.

If you want some sweet movies or a good action movie, these are it. Note: The Wave is rated R for action disaster scenes and some language.


Posted by Elizabeth Prata at 8:42 AM

I love it when you post movie reviews that are a available on netflix and Amazon! Thanks, Melissa
P.s. I went to your End Times blog and didn't see this other blog posted in the sidebar. Maybe double-check that.

P.S.Under "My Other Blogs" there is nothing in the sidebar. Also, This Passing Life seems to be no longer a blog. And finally, have you read about Pure Flix being an NAR extension? Berean Research has an article. Amy Spreeman mentioned it at the AiG Defend conference. I always appreciate your links so thought I'd drop you a note. Happy Summer!

I watched A Man Called Ove last week and was utterly charmed by it! My next door neighbor's husband is out of the country for a few weeks and we've been binge-watching foreign films. :) I'm haunted by Amour, a French film...depressing, but a realistic look at the end of life when you have no hope beyond the grave. An Australian film we watched was The Dressmaker, with Kate Winslet - one of the most interesting movies I think I've ever seen.

I'm so glad you liked Ove! I saw the Dressmaker...very strange movie.