Summer in my yard

I think the finest thing about summer, and there are many fine things, is to sit quietly in my chair by the window, reading, listening to the birds nearby and the train in the distance, the day waking up with each turn of the page.

That old comedian Roseanne might claim to be the "Domestic goddess" but I definitely am "Domestic Disaster." I don't know why the simplest domestic things confound me, but they do. This week I was taking a shower. I never take baths. Occasionally, the drain gets to draining slow, and you either put vinegar and baking soda down it or Drano, depending on how slow it gets to draining. I noticed this time that the water wasn't draining at all, but quickly rising over my feet, and on up to the ankles. "That's a lot of water," I thought. "The drain must be really stopped up." When I finished I watched to see if it would drain at all, and it wasn't. "How did it get so stopped up?" I wondered. "It wasn't even going slow yesterday. Maybe there is a stoppage in the system from the kitchen pipe or something." I could not attend to it then, It was Sunday and I needed to get to church. On the way home I bought Drano and a plunger. Plunging the drain yielded nothing. I plunged harder. Nothing, Then harder. I broke the plunger. Yet the drain yielded no drainage. I poured half a bottle of extra strength Draino and left if for half an hour. Nothing.

It was then I'd noticed the drain toggle was "UP". I don't know how that happened. I'm like the absent-minded professor or something, nose always in a book while the house burns down around me, belatedly looking up to ask, "Why are all the firemen here?"

Speaking of Roseanne, I'd stumbled across her new show last night. I didn't recognize her at all at first. I knew the voice was vaguely familiar, but didn't notice that she was the same woman as the one from the show from the 1980s for a few minutes. But I did get annoyed that she swore so much. Literally, every other word had to be bleeped. And this was in a speech where was sharing about how her philosophical outlook had changed during the time she was in Hollywood, and became afraid she was going to hell. That was what caught my attention at first. "Oh, good, a testimony" I thought. She spoke of moving to Hawaii and buying a nut farm. I don't know where she's headed but whichever it is the path toward it will be littered with profanity. I clicked the channel.

The field next door turns a pretty lilac-to-magenta color in mid-summer. Clumps of grass blades of a deep purple mixed in with the yellow and orange an the green make for a colorful array. 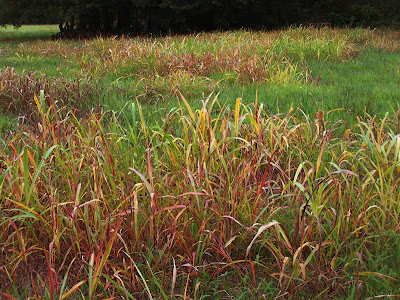 It's these guys that make it look purple: 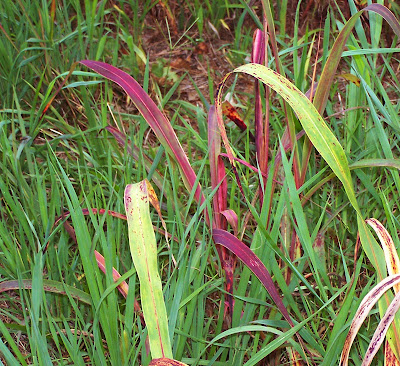 The figs are getting ripe, as are the apples and the pears. Yummy times ahead. 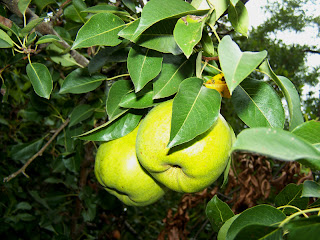 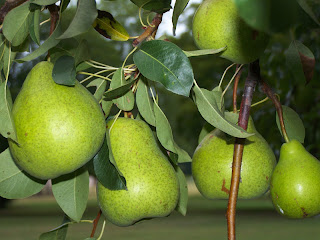 Posted by Elizabeth Prata at 11:03 AM


My husband had on Roseanne's show for a few minutes, and neither of us could stand the swearing. And then, right before we switched it off, she called her farm animals our "brothers and sisters." Too much for us. Whatever the case is currently, I hope she comes to the Lord.


Those are beautiful pictures! I love that grass.